Now that the financial world is recovering, the advertising industry is also preparing to get back on the road. Recently, there have been so many things that have happened already. Let’s not miss out on the latest Facebook ad rules updates, as Facebook has been trying to improvise their platform to enhance the experience of users.

So, here we are going to talk about top Facebook ad rules that were recently updated. If you are an advertiser, then you must not miss these Facebook rules.

Facebook Not Allows Advertising Of Masks As Fashion Accessories

In March 2020, Facebook temporarily banned all ads that were promoting face masks. It’s to protect against scams and misleading medical claims, medical supply shortage, inflated pricing, and hoarding. Later on, in July, they announced that they are allowing advertisers with at least 120 days of reputation to run campaigns for non-medical face masks.

When asked the reason, Facebook replied that many health organizations across the world are recommending people to wear non-medical masks. And due to which many companies are trying to fulfill the needs of people. So, they are letting such companies advertise, but advertisers must know that promoting masks as a medical-grade is currently prohibited on Facebook.

Due to recent ethnic disputes based on racism, Facebook has apprehended some new rules to protect justice against any racial discrimination. Now Facebook is investing in technology to detect any illegal content spreading. And they are also working on how to deal with violations and any forced suppression of voters. Especially, you may know that Facebook has committed to supporting black-owned businesses by investing $200 million. Facebook said that they will invest $1 billion to support diverse communities and suppliers in the United States. 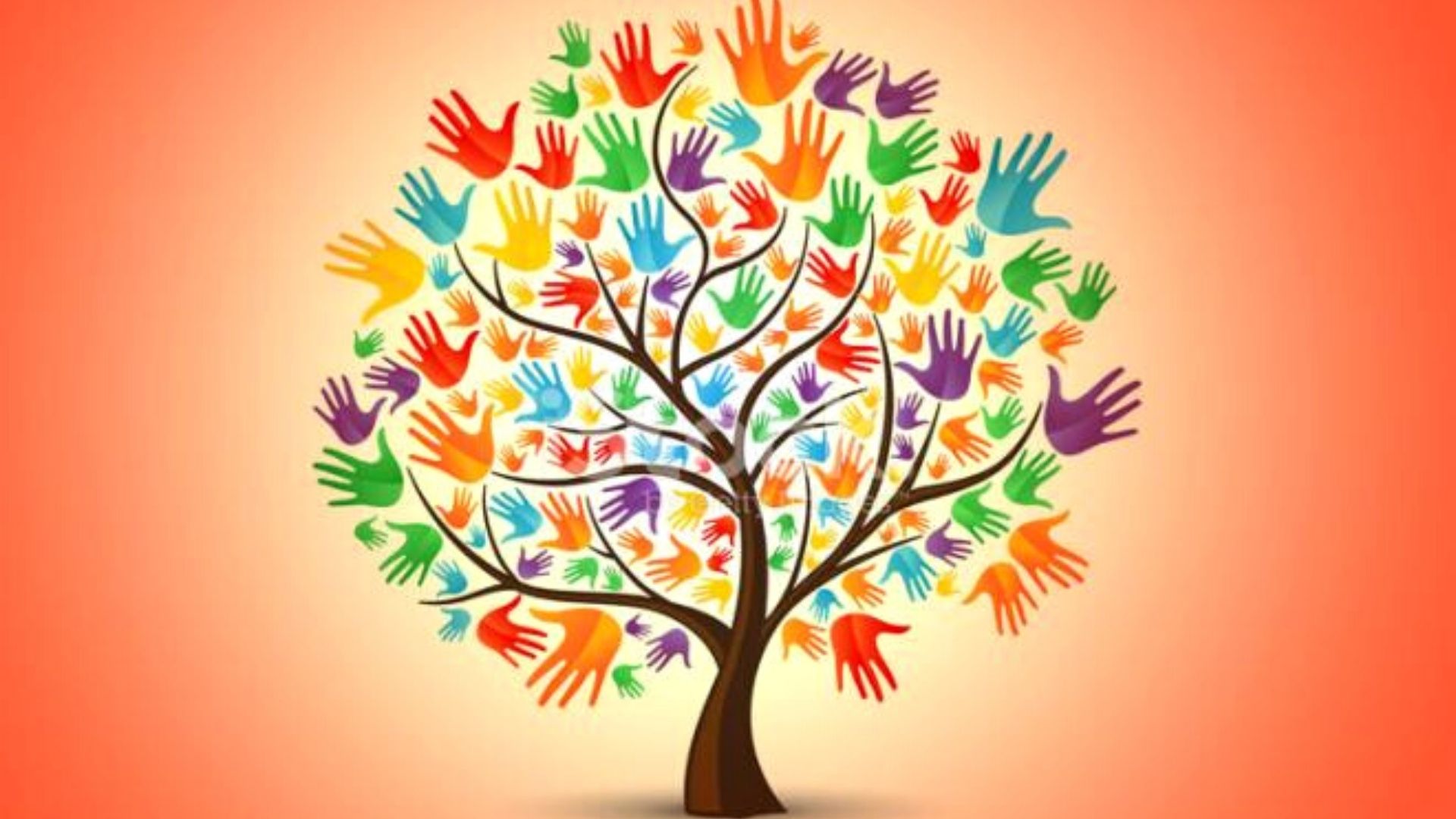 It shows that Facebook is against any racial discrimination and would support the activities which claim to bring racial justice in society.

So being an advertiser, you have to make sure that your ad content isn’t supporting any racial discrimination based on color.

The California Consumer Privacy Act (CCPA) grants California consumers the right to control their personal information. It means that people have the right to know who has their information, and it wouldn’t be used without their permission. So, all the companies in California want to ensure that they are following the privacy law, and Facebook has taken a step in that direction. Now, companies can limit how Facebook uses the data that they are sending to Facebook by using the “Limited Data Use” feature. 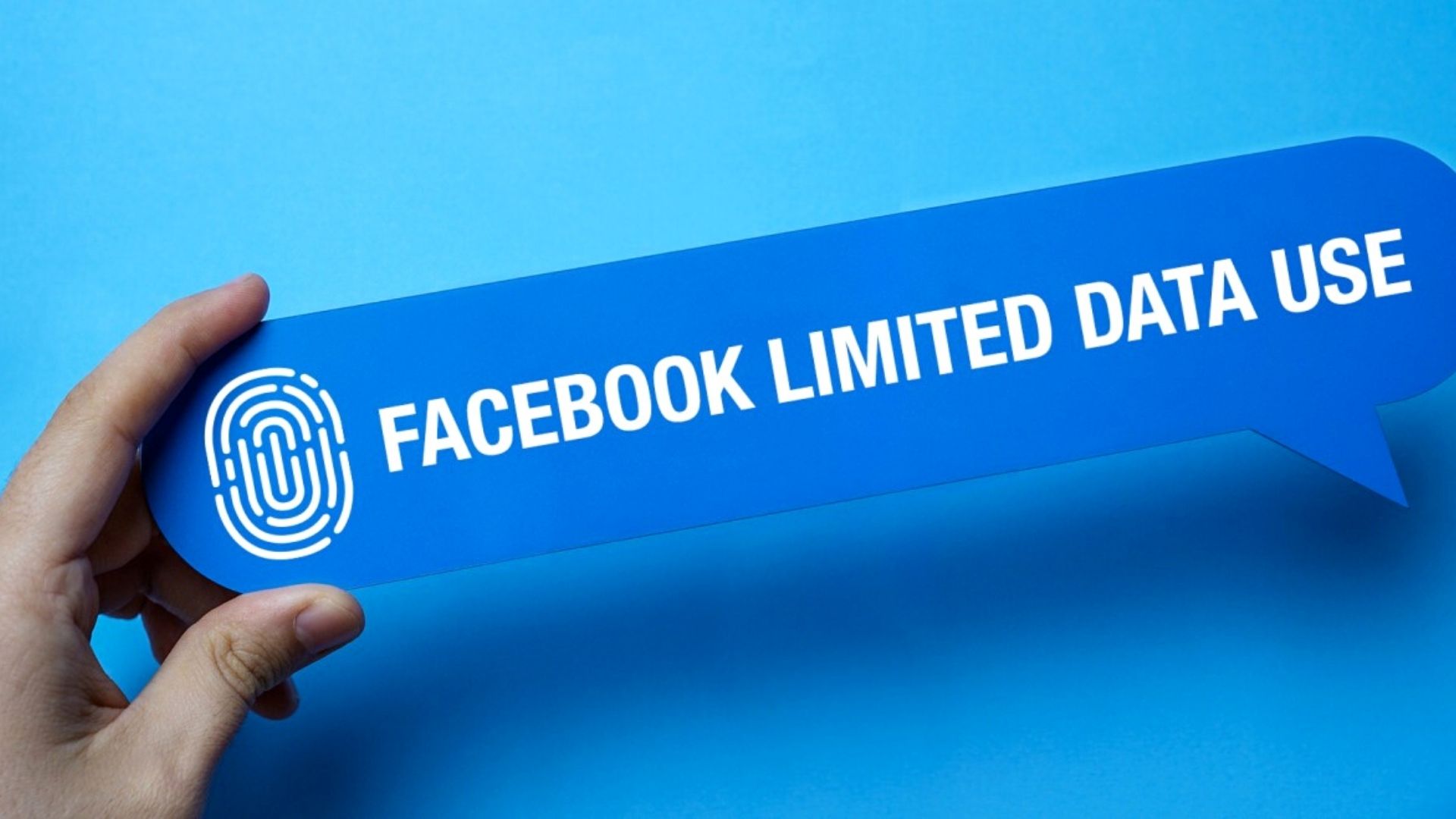 It means that Facebook will hold the service information of California consumers as the businesses’ service provider. However, the relevant policies have a transition period and it may vary based on product, but for most of the business would last until 31st July.

You may know that Instagram recently announced the new commerce eligibility requirement. And eventually, these rules are going to be applied on Facebook as well. Advertisers with the eligible creator or business account can use shopping features and tags, even with a single eligible product. It will help you to drive people to your website so that they can purchase from your e-commerce store. So, you do not need to create a Facebook store and wait for approval from both. These new changes are focused on conversation, and it could bring more conversions for your business.

For example, a group of influencers or marketers can collaborate and share each other’s content to promote their business. Thus they could have a better opportunity to drive more clicks and conversion from their Facebook ads.

Facebook Will Delay Enforcing Limit On Number Of Ads

Many of you already know that earlier, Facebook was trying to limit the number of ads on each Facebook page that can run at the same time. But now Facebook has decided to delay this process until early 2021. The real purpose of this decision was to not overload the pages with high volume ads that would be ineffective to the audience. While Facebook is delaying this enforcement to give enough time to advertisers so that they would be ready to adopt ad volume best practices. And for the high volume advertisers, Facebook suggests them to use the Ad Volume API and Learning Phase API.

There are some small groups of businesses and pages that have been allowed to test email marketing tools on Facebook. So, Facebook is trying to reach more people through emails as well. And now, with this new feature, advertisers would have the opportunity to overcome the advertising realm and include other digital marketing solutions to bring more conversions for their business. For example, suppose you want to target lookalike audiences, you can directly send them emails to have a look at your brand products. This way, you can also influence people to bring more people on your Facebook page. So, it’s a win win situation for marketers.

The gaming field is vigorously expanding its reach on social media platforms, and Facebook is not untouched with that. In fact, Facebook is coming up with a big bonus for gaming streamers on their platform. They are now expanding their streaming subscription option, which allows more viewers to support gamers financially. They will soon be ready to enable more streaming media to get this subscription option and promote it to gaming streamers in a few countries like Brazil, Australia, the UK, the USA, Canada, Mexico, etc. It will surely bring a great boost to the gaming industry. However, streaming happens live, and it would be interesting to see how it impacts on the engagement of streamers on Facebook. 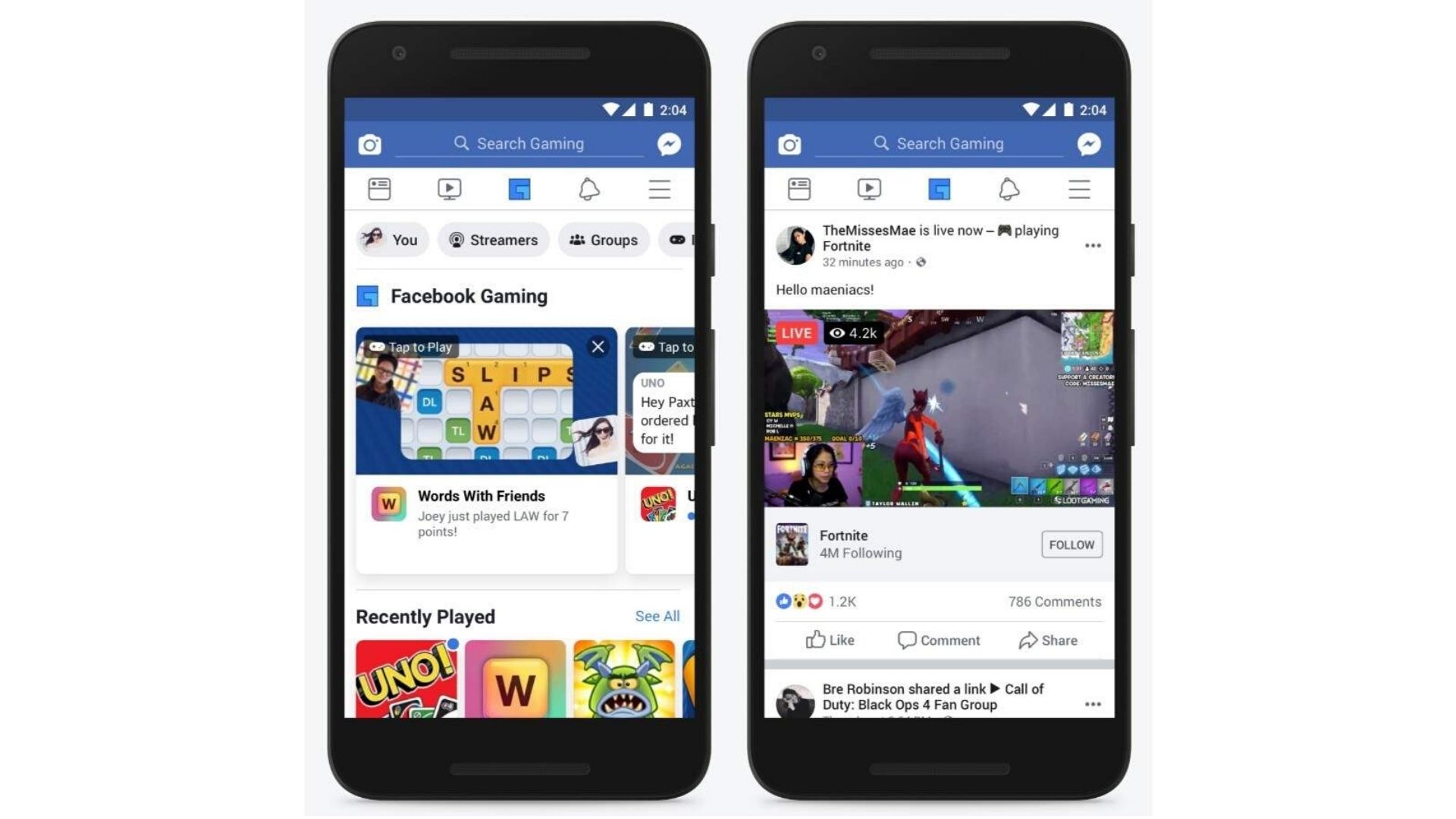 Not Mandatory To Use CBO

Through a mail to Facebook partners, Facebook has announced that it’s no longer mandatory to use campaign budget optimization (CBO) in their ad campaigns. Although there is nothing wrong with CBO and its algorithm, however, there were a few cases where CBO is not making any sense. As some advertisers value strict delivery over performances. That’s why they are not making it mandatory to use CBO for all advertisers.

Last year, Facebook announced that they would insert ads into the status section of Whatsapp. So that they can further monetize this platform. However, this move met with heavy criticism, which even led to the founders of the app resigning from the company. From the current news, we got information that Facebook has dropped the idea to introduce ads on Whatsapp. Though there might be a chance that Facebook would revisit this idea in the future. And you might really be able to advertise on Whatsapp as well.

In March 2020, Facebook announced, “Off Facebook Activity.” With this new feature, users can have better control over the data they share with brands. It’s to avoid complaints regarding the creepiness that has been associated with Facebook ads, which give the feel that “Facebook knows more about me than myself.” 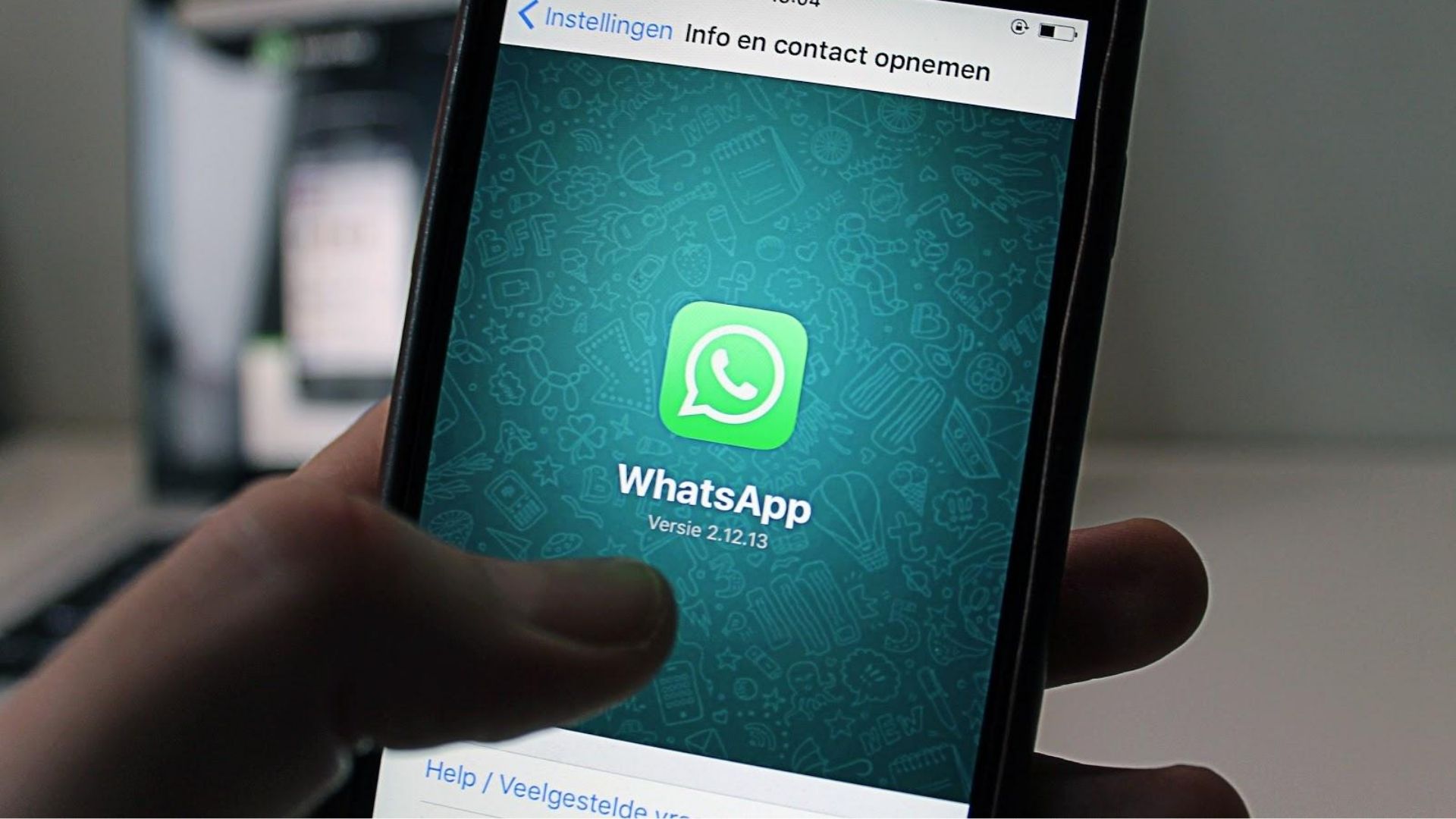 Now, Facebook has allowed its users to clear their activity information that is captured by Facebook. So, it becomes an important update for advertisers as it can affect the data that you are collecting from the relevant third party.

How Do We View These Ads?

It’s obvious that Facebook has been trying to come up with new Facebook ad rules and policy updates to improvise the experience of users and advertisers both. If you want to be updated with such changes, you can use a powerful Facebook ad analytic tool- PowerAdSpy. It would help you out to find ads of your competitors using keyword filtration. So that you would learn about new ways to bring more conversions for your e-commerce store.

Using PowerAdSpy tools, you can also analyze campaigns running on Facebook. And it will also help you to find and learn about the Facebook pages of competing against your brand. Also, it gives you the option to search and analyze ads on other platforms like Instagram, Google, and YouTube as well.

There have been many changes in the Facebook marketplace rules this year and it seems that it will be more stricter than last year. However, there are also some features that could bring benefits to marketers. And it would balance out the overall impact on Advertisers and marketers. While you can utilize PowerAdSpy tool to analyze ads of your competitors. So that you can be prepared for any new changes and updates that may happen on Facebook. We really hope that you have gained a lot from this article. If you like it, then please don’t forget to share this with others also.

In case you have any doubts, you can mention them in comments.

We will make sure to help you out!